Quicktime – and why you shouldn’t panic 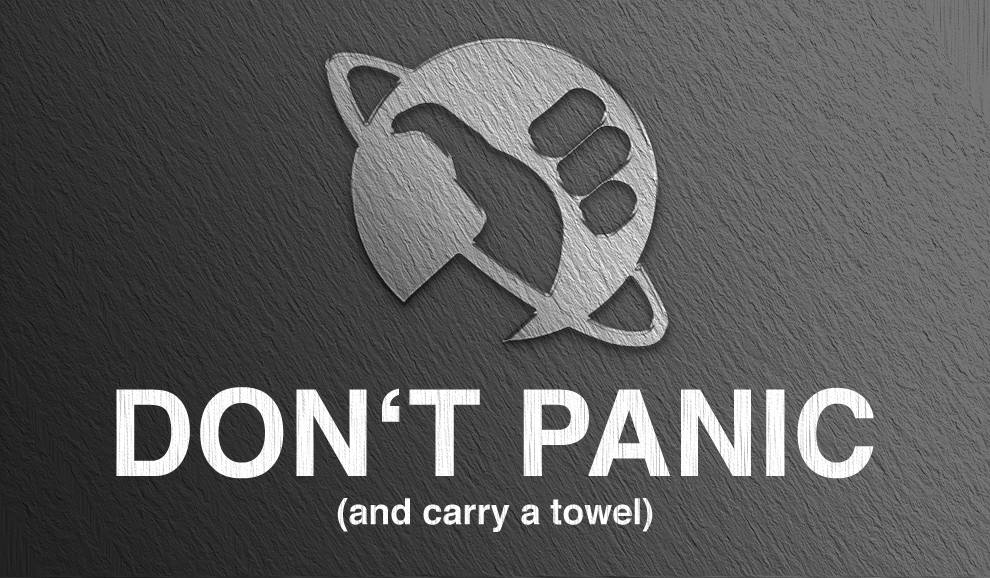 Hey folks.
So there has been a lot of discussing and panicing and mainly a huge amount of confusion, since Apple announced Quicktime Player end of life on Windows.
Just to not tease you people until the very end of this article – all the panic is pretty much unjustified in my opinion, and I’ll tell you why in just a bit.
I’ve been involved into many discussions on various newsgroups, Facebook-groups, forums, etc., and I’m getting tired of explaining the situation over and over again.
Hence, I thought I’d put it all down here and just link to it, in case the discussion comes up again, somewhere, somewhen.

So what has actually happened?
Apple lately announced that there wil be no further development for Quicktime Player on Windows.
Also there are two security vulnerabilities in that software, that could potentially be used to hack your PC.

Now another thing has happened: Everybody jumped on it and in big black headlines tried to freak everybody out and asked to delete Quicktime Player – now! Asap! No time to loose! Run!
And while you’re at it, search for a different intermediate format for your production, because now Quicktime will be going to die!
Well… let’s take a step back, breathe normally and have a more objective look at how things really are.

The way to behave

1) First, one very important thing to remember: Apple EOL’d Quicktime Player on Windows.
Not the Quicktime format in itself. Not ProRes.
Just that silly Player application.
Effectively this means, the Quicktime format itself is alive and healthy – just it’s Player on Windows does not receive any updates anymore.
I might remind you guys, that Apple very much cares about Quicktime – and ProRes in particular and continue to develop and push that format on their own platform, OS-X.

2) Second: Okay, so we loose our beloved Quicktime Player on Windows. Sad thing.
Actually… not.
I think it’s great to finally get rid of that crappy piece of software.
Why? Because it messes with your gamma. Each and everytime you open up a Quicktime file, whatever codec it is, Quicktime Player tries to guess what type of monitor you have connected to the machine, and tries to modify the gamma to “the best possible”. All those weird gamma shifts that appear all the time on your encodes, are down because Quicktime Player decides to do some secret kind of transform, that actually nobody needs, wants, or ever asked for.
It causes great confusion amongst your clients, and continues to mess up your dinner plans.
Quicktime Player being EOL might now finally push people to use a somewhat more reasonable player application.
There are lots of alternatives out there – foremost Assimilate SCRATCH Play, which is a free of charge player for any camera format (incl. Raw-formats), and even has support for playing back ProRes 4444 XQ (which btw. Quicktime Player on Windows never did).

3) Many people think that, if there is no Quicktime Player on Windows anymore, the Quicktime format will be incompatible to all Windows apps soon.
Well…. no?? Why the heck would it?
It’s a standardized media format, it’s got a certain container-description, constraints, properties, etc. – it’s a standard, which means, it stays as-is.
It just happens, that OS-X ships built-in support (in the form of Quicktime Player X) and Windows doesn’t.
Still, it’s a cross-platform format – like R3D, like ARI, like MXF – and may I remind you, neither of the two OS, Windows, or OS-X ships native support for these.
Now some people might say “Yeah, there in fact has been development on Quicktime – what about ProRes XQ that made it incompatible on many Windows-apps?”.
Well, you got it wrong.
ProRes is a codec, but in itself is independent from the Quicktime-format. Apps could still open up that Quicktime file, just they were not able to read the essence inside.
If I’d be clever enough to write my own codec and wrap it into a Quicktime – then certainly, I’m not making Quicktime incompatible, neither am I “developing” the Quicktime format in any way. Please keep containers and codecs separated. It’s not the same. 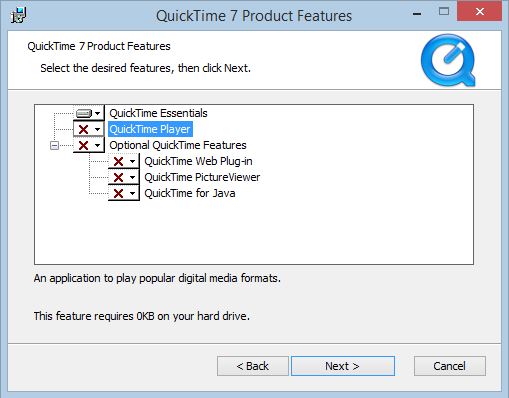 No malicious Player, but you kept up the functionality of your app of choice to load Quicktime files.
Again, it’s not the Player that’s needed, but the Quicktime Essentials (which are basically Apple’s own libraries, that get used by various applications for importing and exporting Quicktime files).
So please, just uninstall the Player and reinstall it with just the Essentials being checked to install. Done.

5) Okay, but then we are still relying on a piece of code, even if it’s only the Quicktime Essentials, that will get older and older and some day will be totally out of date and unusable – what then?
Yeah, what then?
Let me tell you this: There hasn’t been a substancial update to those essentials in the past 10 years! It already IS freakin’ old and, funny enough, nobody ever cared about that fact until today. All we got throughout the past decade were security updates for that gorram Player.
So please…. stop it, really. It is already superbly outdated and survived just fine until today.
It also is still a pretty flexible format, that allows itself to adapt.

6) Cool, so we got our quick&dirty solution to move on with our Premiere, Resolve and what have you – fine. Now there’s also a nice&golden solution to it, which is left to the developers of bespoke apps.
So just a minute ago, you read that Quicktime hasn’t received a meaningful update for the past ten years. If it would have, then one of these updates would certainly have involved making those Quicktime libraries 64 bit.
But there wasn’t such an update.
The original Apple framework for Quicktime is up until this very day 32 bits and developers that rely on this framework, have to write intermediate apps, that make this 32 bit component run in nowadays 64 bit environments.
Yeah, that 64 bit update Quicktime on Windows never got… that would’ve been cool like… 8 years ago.
Now back to my proposed solution.
Reading a file mainly consists out of two procedures: Unwrapping from the container (*.mov in this case) and decoding the essence (e.g. ProRes) that is inside that container.
Now the information on how to decode e.g. ProRes can be asked from Apple, or a decent decoder for any other format, be it H264, or DNxHD can be licensed, or found open source.
So what’s left is how to open up a Quicktime file and read it correctly.
Now what some developers started to do, is to write their own Quicktime readers and writers – such as Assimilate did with SCRATCH.
As of version 8.4, SCRATCH has it’s own, dedicated Quicktime reader, that is completely independent from the Apple libraries,
and does not require Quicktime Player (or just the essentials) to be installed for it to work.
At the moment, it can read ProRes, DNxHD and H264 – other formats can be added as necessary. In parallel, SCRATCH kept the old implementation (labeled as “Quicktime Legacy”) to ensure backward-compatability and and the option to load different codecs.
However, there are lots of alternatives that don’t rely on Apple’s libraries to read in Quicktime files – so developers really got a choice.
Now here’s another fun-fact:
Try playing back a 4K ProRes file at 50/60 fps on a Windows machine.
Use any app, that uses the bespoke Quicktime Essentials and try playing it back in realtime.
You will keep trying and ultimately you will fail.
I’m happy to be proven wrong, but until this very day I have not been able to achieve realtime playback, even on decent machines (like a 24-core Supermicro with a 6-ssd-stripe and a Quadro K6000). Again, it’s still 32 bits and that causes a lot of bottlenecks throughout the pipeline.
My best hope is, that developers will jump on writing their own Quicktime readers and writers and make use of the 64 bit bandwith that we are blessed with nowadays.
Because it’s the right thing to do.

So, to summarize things a bit – there really is no need to freak out about Quicktime Player being EOL on Windows.
Nobody really needs that player – there are already better alternatives out there – like SCRATCH Play.
Also, to keep your applications reading Quicktime without getting hacked can easily be overcome by installing just the Quicktime Essentials.
Ultimately, for the long term, I’m sure that more and more app developers will come up with their own solutions to read Quicktime files, that will be better and faster than the current status quo, that relies on Apple’s own libraries.
Breathe normally and don’t panic.